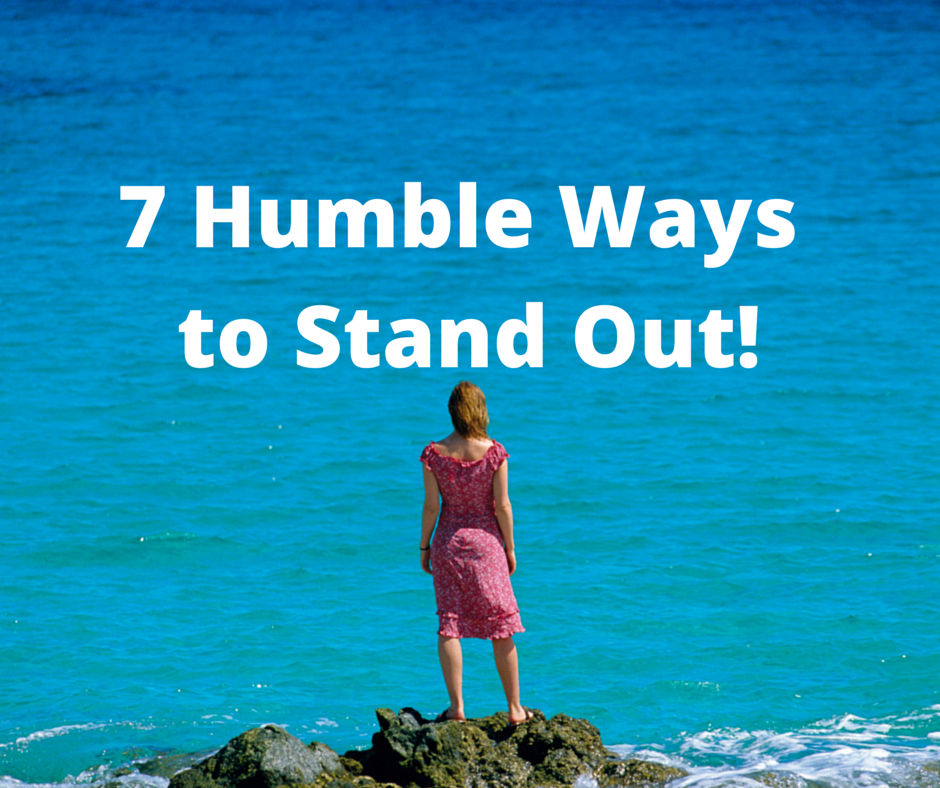 7 Humble Ways to Stand Out

In all of our fraternity brother humorous cruelty, one of our brothers was donned with the nickname "Art."

The thought behind the nickname: when this guy was around, he was kind of just "there." Like the art on the wall, you kind of didn't realize he was around. Nothing stood out to grab your attention. He was "art."

If I was more mature at the time, I would have fought the nickname and stuck up for him. But, there really were worse nicknames, trust me! (Mine wasn't so wonderful!)

But, the other extreme of fraternity brothers became non-art stand outs for things that certainly wouldn't win any merit for humility, love or even intelligence. "Melted man award." Other awards I won't even mention! And we were all intelligent Ivy leaguers! (And how did they accept us again?)

When it comes to "standing out" I think there really are some of us who two key questions?

1. WHY stand out? Is standing out worth it? (Worth the cost socially, emotionally, maybe even psychologically?)

Without answering that question of WHY, what or how to stand out becomes irrelevant. We might as well be "art!" Its seems safer!

I believe the best reason to stand out is to live out your full potential and set yourself apart as uniquely you... no comparison, no compromise, no choice but to be us!

We've been tempted tobe average in everything. We dabble but don't commit. And that works for most people... at least to get by. But, dabblers and being everything to everyone certainly won't bring about a legacy of a whole lot.

God created you with a purpose and given you gifts and abilities.

Jesus tells his followers they MUST stand out as a light or a city on a hill. Be something special to the glory of the God who created you.

"You are the light of the world. A city set on a hill cannot be hidden; nor does anyone light a lamp and put it under a basket, but on the lampstand, and it gives light to all who are in the house. Let your light shine before men in such a way that they may see your good works, and glorify your Father who is in heaven. (Matthew 5:14-16)

Of course, these good works are moral and spiritual, but aren't they're also about being fully you and utilizing your gifts in great ways in the world?

Frankly, I used to think it was Godly to NOT stand out! Being "art" was more Godly. Part of the reason I believed that, was because I hadn't realize that humbly being great in our calling was totally honoring God and being the "light of the world!"

So, to "stand out" means you confidently bring your greatness into the world! Wouldn't you say we need a whole lot more humble AND great people in the world?

2. WHAT should you stand out in?

Most people really don't know what to stand out in.

They don't know what they really passionate about. They're not convinced in what they're truly gifted or what change they can really bring to the world. They dabble, but don't commit.

Why be average and do nothing?

So, to spur your own thinking, let me suggest 7 humble ways to stand out.