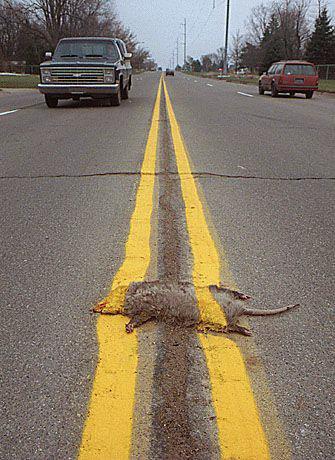 OK, it's a rainy day.  It's gray and windy.  And did I mention it was raining?  AND Everyone has a bad day now and then, right?  We feel the gray, the gloom... sometimes even bordering on downright despair.  JUST LIKE EVERY DAY ISNT SUNNY, BAD DAYS ...EXIST.  I once asked a mentor why I couldn't read a certain "motivational" author's book without feeling less than motivated, actually more stressed and under a large pile.  His response: "I know _______(this author).  I've spent a lot of time with him.  Honestly, he's not like you or me!  He's just never had a bad day in his life!  Never! I can't relate either."   That was actually pretty encouraging to me!  Go figure!

The problem is when we  string a bunch of bad days together... bad day-bad day-bad day - bad day - bad day....  Keep going along like that for a while and some bad things do loom on our horizon. Having experienced the dark valley of depression and known how hard it was to dig out - I've come to learn most of us must know how to major in "bad day beating."  The longer the grim reaper of darkness remains tapped inside our souls, wasting and festering, the more difficult it is to get rid of those stinkin toxins and let the sunshine in once again.

So here's just a few "bad day beaters" to consider if today - or tomorrow ... or just bookmark for the next day you experience a bad day.

1. Relocate to the Outdoors:  There's just something about getting out into the air, the sun, the woods or even better, the mountains when the walls feel like they're closing in.  When its nice enough, I've found just plugging in my laptop and working on the back porch changes my perspective which instantly removes some of the "poor me" mentality.  Even better - hike - run - bike or play a sport.

My Facebook friend, author and cultural analyst Andy Crouch last week posted: Who is the most effective person in your sphere of culture? Chances are they exercise outdoors more and watch TV less than you do. And in ten years we will add, they take more regular technology sabbaths.

Which leads to the second bad day beater:

2. Remove Technology: Though a bit of it typically isn't bad, the information overload factor, screen migraine, the "everything urgent" and even the streaming bad news seems to extract life from our soul.  In an Endeavor program I helped facilitate yesterday, a participant said, "I don't need all the technology. I'm a simple guy who still knows how to use a rotary dial and likes when handwritten notes arrive in my mailbox!" How many bad days could be eliminated if we just had blocks of "fasting" time from technology.  Even an afternoon or evening: No cell - computer - e-mail - texts - television - or i-pods or radio..  Instead read those paper things, (books??), relate with friends or family,  relax or go outdoors!

3. Reduce Sugar and Carbs: Of course you can relate to that sugar/carb burst of energy.... Yum!   followed by that sugar/carb lull or even crash. Yuk!!  According to the biology of the process (as detailed in John Gray's book Venus on Fire, Mars on Ice)  the necessary release of insulin gets followed by a blood sugar dip - gets  followed  by the stress hormone cortisol released to compensate - gets followed by the reduction of production of other hormones that create more positive brain chemistry. And depression rates rise.  And diabetes rates rise.  And even if we avoid them... we experience more bad days.  In other words, eating sweets and carbs - is very short-term gain... for much more long-term pain.  OK, let's go for a bit of ham and cheese sans le pain (bread in French) instead...

4. Release Fear: The first step is to acknowledge - "Oh yeah, I'm fearful."  I'm afraid of... loss.. being alone... being poor...losing... being abandoned... getting old... being sick.. being rejected... being sick... being seen as a fool....  Whatever the fear - fear just has a way of increasing bad days, right?  We need to ask ourselves, "What am I afraid of?"  "Is this fear legitimate?"  Then, once acknowledged I consciously release my fear -  giving it to God.  Trusting there's hope.  Believing.  Letting go.  Surrendering.

Which would help you ... maybe now?

And if you have any friends who may be having a bad day - please send them this post!