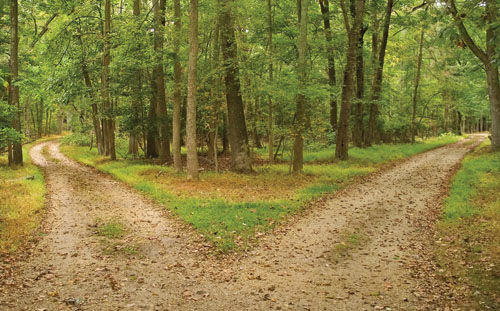 I love asking myself and others the open-ended question: "What would you do if you had all the time and money in the world and you knew you couldn't fail?"  In my mind, this question quickly taps into our passions, our heart and even our callings.   Have you ever seriously considered this question?

However, the pushback I frequently hear from many (and sometimes myself) is "That's just not the way the 'real world' works!"   The mindset: "In a world of bills to be paid, time clocks to be punched and money to be made, you can't live that way!"   Also, this is a world of bottom lines, success, failure, feast or famine.  Besides, "many in our world can't even feed themselves, how dare we think of asking such rich-people questions!!"

The results - many end up stuck between two worlds, or as Os Guiness phrases it, between two "economies."  The "calling economy" and the "commercial economy."  The former says "do what you are," "listen to your heart," "live your dream," "embrace your calling," "do what God made you to do."   The latter says, "calculate the opportunity costs," "time is money," "invest to get ahead," and "do what gets the biggest bang for your buck."

I would argue that BOTH of these worlds are the "real world" - even though one side or the other might argue that only one is truly what matters.   Having served as both a pastor for more than a decade and on "Wall Street" as a financial industry for almost a decade, I fully believe that one should both ask the calling questions AND calculate the amount of life insurance necessary to protect our love ones.  We must "save our lives by losing it" AND save for college.  We must be  responsive to continually navigate to what we've been born to do and be responsible to continually navigate to do what we'll be broke if we don't do!

HOWEVER - When it comes to choosing between the two "economies," I believe the former (the calling economy) must outweigh the latter (the commercial economy).   "Put down your nets and follow me," said Jesus.  The fisherman did just that and history records the impact.   "Don't die with your music still in you," said Oliver Wendell Holmes. In the real world, there is a bottom line beyond the bottom line.

Consider if the "bottom line" was the only thing that really mattered - there would be:

No Mozart's music: He was rarely paid for his work (unlike Salieri), died practically penniless and was buried in a pauper's grave.

No Van Gogh's paintings: He too died in poverty, uncelebrated and rarely recognized.

No Mother Theresa's loving impact: She actually served in practical obscurity among Calcutta's destitute until GK Chesterton wrote about her and introduced her to the world.  How many, many more are out there doing this kind of "commercially irrelevant" work with no recognition at all?

No Tom's Shoes: How ridiculous to think that a company could survive by giving for free half of its shoes to the poor?

No country called the United States: Why would these "founding fathers" work for free and risk their necks by going counter to the most powerful empire of its day?(England)  What commercial gain was in it for them?

Imagine a better world in which a college student didn't JUST choose majors based on where the best teachers were, didn't go to work in an industries because it was an area of "future growth"  or accept offers simply based on higher pay and benefits but instead discerning people guided and asked him or her, "What are you meant to do?"  "What is your true calling?" "What would you do if you could do anything?" "What is God calling you to?"  Then - they took seriously their answers and helped guide them along those paths.

I still believe the product of such a "dream economy" will result in GREAT GOOD.  It will be great good for the fortunate ones who answer the call and ultimately for all of us who call this planet our home.  And here's a little secret... Such action would likely produce an even more authentically productive economy since we know that 80% of workers are currently dissatisfied with their "jobs" and 60% of workers are now looking to leave as soon as the economy improves.  The calling economy is the one I dream I'll get to see in my lifetime.  (But if not, it's still worth pursuing!)  Would you join me in this pursuit??