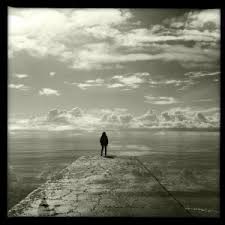 Isaac Hunter and the Need for Genuine Community

It's hard not to grieve over the news that 36-year-old Pastor and "magnetic communicator" Isaac Hunter took his own life with a gun last Tuesday.

For a while, he was seen as a "rising star." He was the son of Pastor Joel Hunterand the founder of Summit Church in Orlando. He had a "magnetic way of connecting with people and gift of delivering powerful spiritual messages," according to the Orlando Sentinel.

The all-time familiar Church leader horror story: Affair with the church secretary. Divorce proceedings with his wife. Three young children. Criticism from those who saw him as "sinner."

Yesterday I watched some video clips of Isaac Hunter and came away feeling like we would have been friends if we had known each other. Good sense of humor. Adventurous. Spiritually intense. Fun.

Yet, somehow, the pressures of leadership, stress, whatever it was allowed him to do something he knew he shouldn't. THEN as things spiraled out of control, he did something that U2 called being "stuck in a moment" and he could only find one way out of the pain.

How in the world does one get into a moment like this?

WELL, it's not that hard, really. Maybe I never had a plan or a gun, but I do know what it feels like to have "all" I care about spiraling out of control around me. I've been stuck in moments from which recovery seemed impossible. I've had seasons when the quick fix felt more sane than just continuing on as is.

I once judged those who opted for addictive substance as weak, immoral and ungodly. Having experienced deep pain, I now feel more sorry that it had to come to that point.

At one time I would have just judged Isaac Hunter. Now I weep with him and with his family... and I get angry that such incredible young leaders don't have a better alternative or healing community surrounding them. I want something different.

As I speak with other leaders, they too have experienced these terrible, no good, lousy moments when everything seemed in free-fall around them. They had NO real idea how they could escape from their black and hopeless dungeon. It's not that uncommon.

So, is the answer more "accountability?" Sure, if you think that we're really going to tell those with "accountable power" the truth. Sure, accountability sounds so good and proactive, but let's face it, you most of us don't get "challenged" or "pushed" into doing the right things. We get loved.

And yes, most men in particular will think that words like "community," "spiritual friendship" and "soul care" sound too "girly" or "feminine" for our strong guy tastes.

UNTIL we get stuck in our own moments - THEN it's really life or death whether we have such community in our lives.

I wish that Isaac Hunter was still alive. He still had more good work to do.

However, for those of us who are alive, might we learn we DO need something better. THEN actually create it by caring for other leaders the way we would want to be cared for ourselves. Prioritize community and spiritual friendship. Reach out to a hurting friend with an ear and not advice. So help us God.