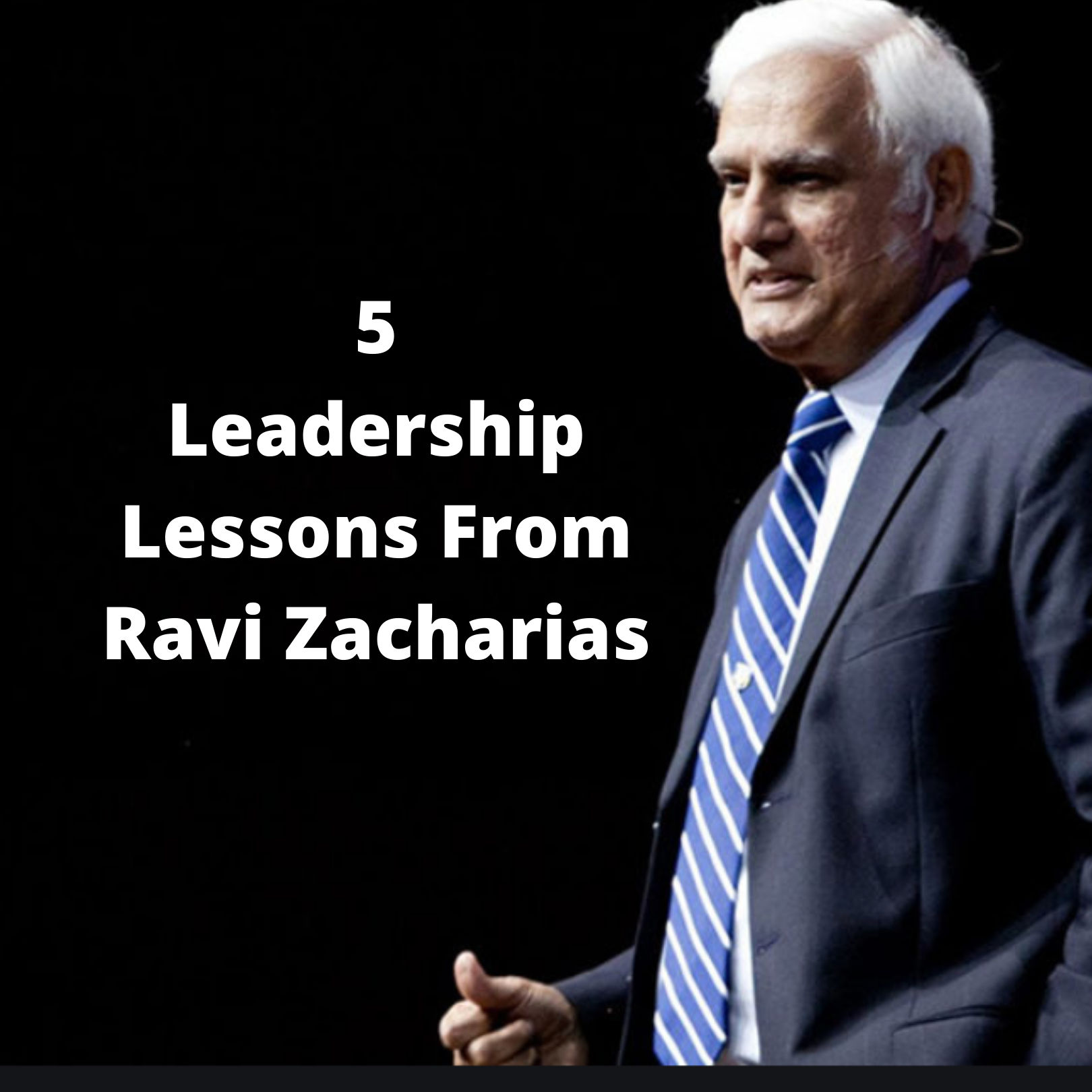 When Ravi Zacharias passed away this week from a very aggressive form of cancer, I wept as I considered the loss of a great man, family mentor and friend. I also wept as I pictured my own dad welcoming Ravi into heaven.

Soon before my father passed away in 2017, I asked him, “Dad, besides being my dad, : ) what is something you’re really glad you did in your life?”

Without skipping a beat, he responded. “Serving on Ravi Zacharias's board…. I really loved being part of RZIM.”

When I asked my dad what he would have done differently in retirement he was quick to answer, “I would have moved to Atlanta and volunteered with Ravi and RZIM.”

Robert Caliguire had many other notable things he might have chosen. Raised during the depression by a single mom and helping support his family. Being the first in his family to graduate from college. Serving in the military. Playing AAA baseball for the Chicago Cubs. Building a successful company in NYC. Turning around a family pattern of addiction and abuse and replacing it with faith, commitment and love.

Being an incredible father!

But in Dad’s eyes, serving on Ravi’s board for almost 30 years was what stuck out him! How come?!

What was it about Ravi and Ravi's loving and humble form of leadership?

Yes, Ravi was clearly one of the sharpest minds, evangelist authors and Christian apologists, possibly of all time

But, if we define leadership as “influence,” Ravi was also one of the purest and greatest leaders as well. So, I reflected this morning and I want to share what I came up with.

“What did I learn from being around Ravi’s leadership over many years?”

These are the leadership lessons that are most personal and memorable to me.

1. Invest deeply in Those Who Invest In You

My dad loved giving and serving with and giving financially to Ravi’s ministry. (RZIM). But I know Dad felt constantly invested by Ravi.

Ravi continually sent my dad books, tapes (remember them) and invitations to accompany him on trips all over the world. He invested in my dad’s spiritual life and learning.

His donor events were always generous and had the mindset of serve those who serve us. He would bring in speakers, musicians and create an environment to give back to the givers. He did so creatively and thoughtfully.

Ravi was one of the few spiritual leaders who took the time to come and visit my dad at his company office in New York. Many wonder why their own pastor never visited their workplace or taken an interest in their work. Ravi was different. When my dad went through difficult business times, Ravi was of the very few people who he spoke with.

Like Ravi, how can we intentionally invest in those who invest in us?

2. Care About Their Family

And, crazy as his own demands and schedule was, Ravi took the time to care about what my dad cared deeply about. His family.

When Dad’s youngest son (me!) went through challenging spiritual times and vocational questions, Ravi and Margie took time to meet personally to address issues and even grab lunch with Mindy and me.

When I was seeking work soon after I graduated from seminary, Ravi invited me to consider working with him as his travel partner. (Clearly because he loved my dad!) When I told him I was interested in church planting, he put me in touch with a personal friend who he thought I might want to work with. When I wrote my first book years ago, he graciously endorsed it.

And yes, I now wish I had somehow chosen to travel with Ravi, even for a season!

It means a lot to me that Ravi took the time to get to know my own children personally and spend time getting to know them. A few summers ago, Ravi spent an afternoon at our family home in the Adirondacks allowng my sons to ask him questions and hear story after story from his life and ministry around the world.

Ravi was the kind of man who met with the royal family, prime ministers and noble laureates. But Ravi made my own sons feel like they were just as important to him! He asked them about them.

Who wouldn’t want to involved with a leader who cares about our family? In a world many don’t seem to have the time for those things, Ravi did!

3. Do What You Do – and Let Others Do What They Do

Like one of his own mentors, Billy Graham, Ravi took seriously the focus of his own calling. He was called to preach the gospel and be an apologist. For years, the tagline of his ministry was “Let My People Think!”

He said in an interview in 2005 at a Leadership class at Gordon Conwell Seminary," No doubt, I am a hundred percent sure in my heart that God’s calling is on my life to do this work of a Christian apologist."

Ravi was friends with and ministered to political leaders across the spectrum. I can tell you that Ravi did have his own political views. He shared those in person. But unlike many today, Ravi was not tempted to become political in his work. He kept his focus

When he died in Tuesday, the Washington Post obituary stated,

“His fan base included leaders in many high-profile places, yes, but he’s one of those rare evangelical leaders from his generation who is actually known for being an evangelical who evangelized, rather than an evangelical who did politics,” said Michael Wear, who worked in faith-outreach for President Barack Obama’s presidential campaigns.

Ravi stayed true to his calling. When he died, though his ministry had grown throughout the world, he was doing the same things I remember him doing in the 1980’s. Preaching the gospel through apologetics.

How can we KNOW what we’re called to and stay focused and not be led into things not meant for us?

4. Build a Team of Others to Do What You Do

Ravi wrote more than 25 books and lacked no opportunity to speak at prestigious places around the world.

However, Ravi didn’t see the end goal all about him or his notoriety or fame.

RZIM now continues under the leadership of Ravi and Margie’s daughter Sarah Davis. (www.RZIM.org) The organization has grown to about 200 employees in 16 offices around the world, with more than 70 traveling speakers.

He raised up other leaders to carry on his love and leadership.

Ravi continually promoted others on his team. I created ways to train others to do what he did. He invited them to speak with him, empowered them and sent them out to preach.

Hmmmmm…. Kind of seems similar to the preacher from Nazareth who Ravi taught about!

How might we intentionally build other leaders to become greater than us and carry on the work?

5. Care More About Them Than Proving Your Point

I feel like one of my own greatest life accomplishments was being able to introduce Ravi to a woman at Harvard (Kelly Monroe) who wanted to create an event she was calling “The Veritas Forum.”

Ravi graciously agreed to meet with Kelly and came to Harvard in the early 90’s to speak to students at Harvard who wanted to seek truth. (veritas)

I admit, I was a bit worried of how Ravi might do in among many students who were outright hostile to faith, and especially Christianity. I remember praying with Ravi before the gathering and wondering, “What might happen?!”

Yes, Ravi skillfully addressed the many questions fired his way. Many were from those who were clearly hostile, hurt and angry about their experience with religion, God or Christianity.

However, Ravi never compromised his message to get his point across. But maybe most importantly, Ravi never came across as arrogant or that THE PERSON with the question wasn’t valuable or really matter. I always felt he cared more about THEM than getting them to see he was right.

Today, the Veritas Forum http://www.veritas.org/has its own ministry and takes this approach of “pursuing truth together” on college campuses around the world. Do go to one of these events when we get to go to events again!

How might we care more about the person than convincing them they are right!

Finally, as hundreds and thousands have written and posted over the past few weeks, I add my own #thankyouravi

I love you and thank God for you.

May we take up the torch of your brand o your loving and effective form of leadership Ravi!

PS. When my dad died, there was no question where he would want donations to be sent to in lieu of flowers. Ravi’s family has asked to do the same for Ravi. Here’s the link if you’d want to contribute: www.RZIM.org