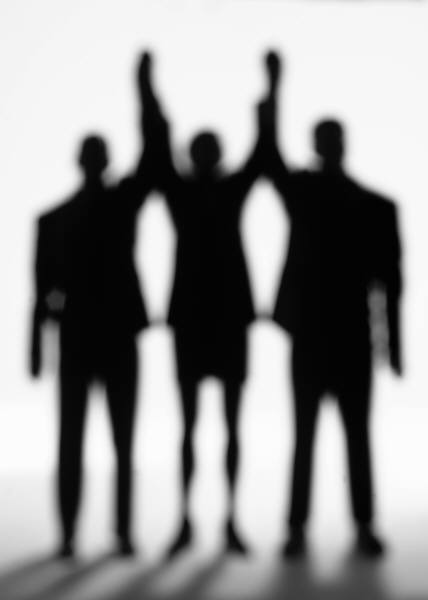 Turning Companies into Communities Part I

The whole idea of a " company as community" or put another way, "a company of the committed" has captivated me for many years. I long to be part of a group on a common mission that's bigger than any one of us, where each of us plays an indispensible role, where the whole is greater than the sum of the parts. A community. A "common unity."  A "union."  An "incendiary fellowship."  A "One for all... all for one" kind of place.

Meeting with my Convergence Point team this week, we all agreed that this vision both captivates us and frustrates us. We've tasted it in bits on sports teams, as part of a church, and in some seasons and moments in business. We've experienced the thrill of achieving great things together. Sadly, we've also realized it ain't easy... and too few even hold out hope that it's possible in the "dog eat dog," "need ta make a buck" business world.   Do you?

Though companies and organizations have the potential to  make our lives better... too often they become the  bane of our work existence.  Like the children's rhyme of the little boy reads, "When he was good he was very good. But when he  was bad, he was horrid!" So, who wants to be part a miserable, horrid place to work forty plus hours a week?

Best picture I've ever seen actually doesn't come from business.... It comes from the Bible's picture of the early church.  It's a description found Acts 2:42-47 in the New Testament.   Yes, of course the church isn't a business in the same way, but the parallels of creating a "company of the committed" do apply.

Looking at this example, the first part says, "They devoted themselves to the apostles teaching."  (Acts 2:42)  First of all, this diverse group of Jews and Gentiles, slave and free, law abiders and law breakers came together and were "devoted," zealous and earnest about some common set of "we believes."   These "we believes" united them around a picture of the past, the present and the future. It held them together because it was MUCH bigger than their big differences.

So what "we believes" does everyone in your company agree to?

If a company is little more than a group of people receiving paychecks from a common account, answering to a common boss or laboring in a common building,  it lacks a unifying "doctrine."   It lacks a common understanding of purpose.  It will likely lack a feel of community. "We believes"  help galvanize all to recognize their work can make a significant and worthwhile impact that  goes beyond the economics.

We believes can include statements such as, "We believe our product offers people the chance to transform the quality of their work life."  "We believe our services create a new standard for patient-centered healthcare."   "We believe food should be fully organic and in its natural state."

What do you believe?  (as it relates to what you do)

Who else shares your belief?

Why does it matter?