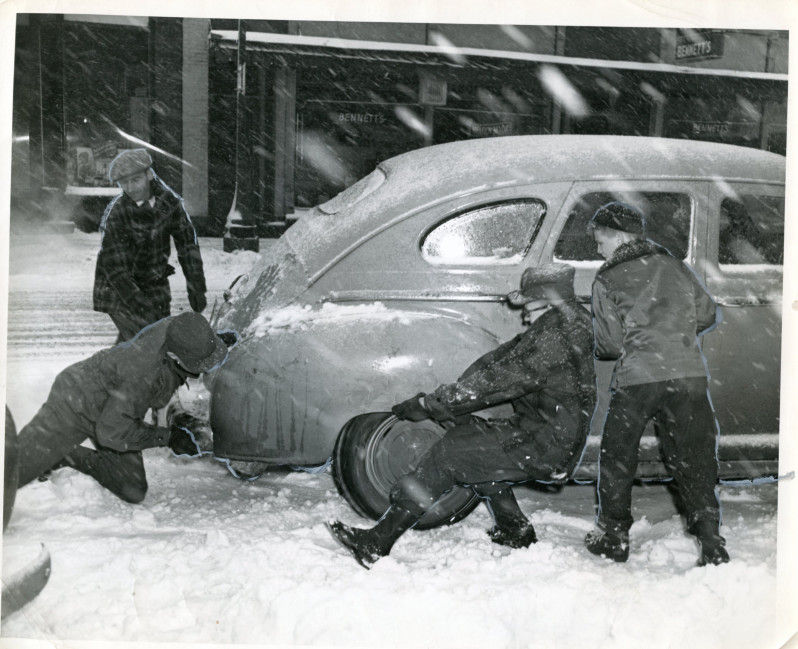 When Stuck ... Get Unstuck

I don't know about you but "I'm too smart to be stuck."

I've said those words.... verbally a few times and in my head many more times. Stuck in my work, stuck in a funk, stuck in indecision - not knowing what to do next or feeling on a treadmill to "nowhere."

I have shouted the words, "THIS IS JUST MY LIFE!" Proud of that? Nope. True? Yep.

Part of the reason I'm so dang passionate about helping others get unstuck: I've been stuck! I wrote that book!

Just last week, I watched a group of about 8 guys standing around a car stuck in the snow. "Do you need help?"

"Have you tried getting it out?"

I didn't even ask permission. I pulled off the road and parked. AND by the time I walked back to the car, it was back on the road! Stuck car now unstuck!

"What happened??" I asked, surprised?

Lesson for me:****** Sometimes the most important element of getting unstuck: the desire to be unstuck.******

Three of the most powerful words we might ever say...'I need help.' (Jeff's friend Devon Kline)

Jesus asked the sick man sitting by the pool, "Do you want to be well?"

A man was there who had been ill for thirty-eight years. When Jesus saw him lying there, and knew that he had already been a long time in that condition, He said to him, "Do you wish to get well?" (John 5:6)

Thirty eight years! Why wouldn't he want to be well?? The same reason we may not be willing to get unstuck. It was his comfort zone. It's what he knew. He'd lost hope. He just couldn't bring himself to ask from others. Sick was his reality.

The guy had pretty much settled that this physical "stuck" was all he could expect. He was stuck.... and stuck was stuck.

Frankly, that's what we can settle for stuck in life, leadership and business... then just accept that as our life, our status quo, all we can hope for. "Why even try getting unstuck?"

Why? Because you have a destiny for something much more and deep down, you know it!

You can't stay stuck and you know it! You have too much to offer. There's too much good on the other side!

BUT.... you still have to want what's on the other side of stuck... at least enough to take some positive action since what we've been doing hasn't worked. Maybe even.... gulp... ask for help.

Jesus simply asked the thirty-eight year veteran: "Do you want to be well?"

Today, He might be ask us, "How's stuck working for you?" "Are you ready to be unstuck?"

You may be a whole lot closer to being free and unstuck than you thought!