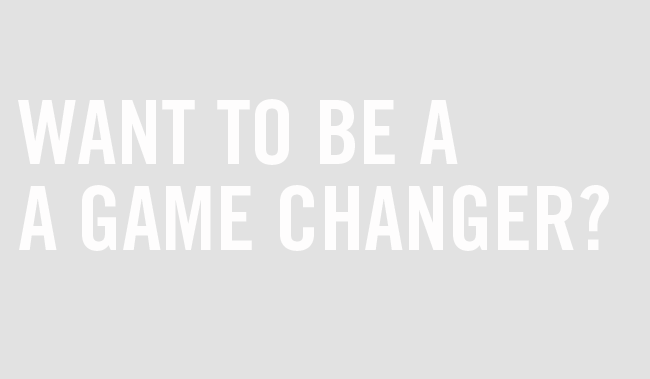 Will You Be a Game-Changer?

I recently overheard someone telling someone else that a new person had just joined their company. "They're a game-changer! Him joining our company changes everything!" she exclaimed.

Hearing that word literally stopped me in my tracks: "Game-Changer." "Wow!" I thought. "This person must REALLY bring something special! I wonder what they do, who or who they and what makes them such a 'game-changer!'"

Merriam-Webster defines game-changer as "a newly introduced element or factor that changes an existing situation or activity in a significant way." Oxford calls it "an event, idea, or procedure that affects a significant shift in the current manner of doing or thinking about something." In other words - there's a before and after from the introduction of a game-changer. Things are not the same... and it seems to be a change for the good.

My guess is that this person introduced into this company brings great ideas, confidence, commitment and they're really, really good at what they do.

Wouldn't you like to be called a game-changer? If so, in what area?

My guess is that game-changers:

1. See what others may not or cannot see. They have a vision of what might be in future. A win when most others are playing for a reasonable spread.

2. Believe in their own perspective or abilities. Even if others don't presently see what they see, they feel right about what they believe and won't waiver, even though they listen to others. They're not out to get others just to approve or agree with them.

3. Patiently wait for others to join them. They don't force their perspective. but trust that others will join them over time.

4. Commit to a course of action. They don't waffle and wait forever. Once they see the goal, they move towards it with complete abandon.

Will you be that game-changer?